Luxrad is a brand whose motto is the thought created by Johnann Wolfgang von Goethe “He who moves not forward, goes backward.” Production of radiators is a constant process where quality and design plays a key role. In order to produce modern radiators, Luxrad experts are looking for new, innovative solutions. The company and people who create it have made a huge progress over the years. Using new technologies, Luxrad company has created a wide range of radiators of all type. We can also proudly present our own patented volcano technology.

Patented by LUXRAD unique Volcano technology is the only technology among others of this kind used by European producers. It is based on the convection process. A production of modern radiators contains using pipes of two different diameters, which are later welded. The space between pipes is filled with water that heats up creating a chimney of warm air. This technology enables reducing the amount of water used to heat up the radiator. Designed by Luxrad brand Volcano technology is the only technology of its kind used among European manufacturers.

Volcano technology has been used in several models of radiators for
example in Sahara, which is characterized by the construction of pipes
with a classic diameter of a circle with a diameter of 30 mm and Everest
which has a 60 mm diameter. The first radiators with applied Volcano
technology had circular shapes, while Kobe and Zeus-radiators which also
use Volcano technology -are models with square profiles. This is a
response to the current trends. We can offer 2 options: with a pressure of
3 or 10 bars, which are also available in the electrical version. 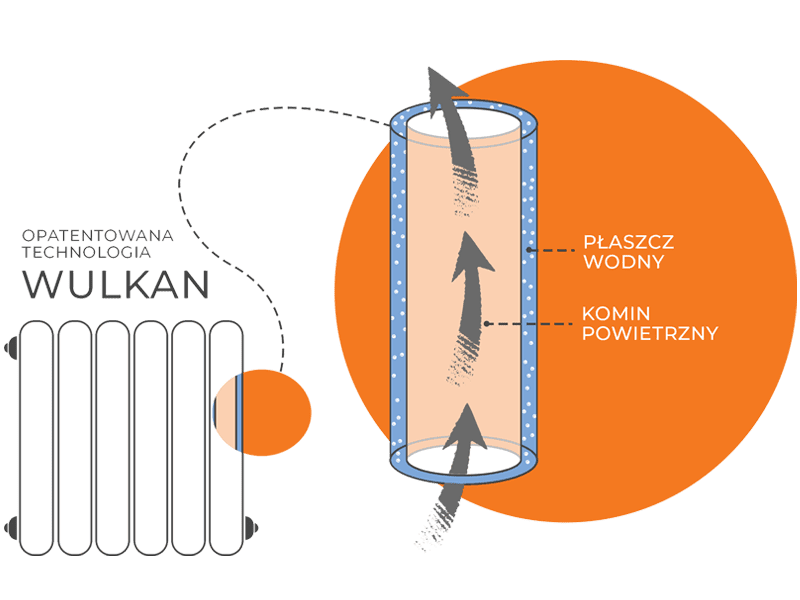 Increased heating power of the radiator